This event is a collaboration with POV, the award-winning independent non-fiction film series on PBS www.pbs.org/pov. The film takes viewers to Montana and analyzes the influence of corporate money on government officials and elections. Dark money, directed by Kimberly Reed, follows John S. Adams of the Montana Free Press, who plays a crucial role as an investigative reporter that has been “chasing the money” and investigating state politics for several years. The story describes how the 2010 ruling of Citizens United v. FEC Supreme Court, a vital supreme court decision regarding finance laws, has impacted corporate interests in the political scene of Butte, Montana, and is now a rising source of national concern. As Montana’s former attorney general, Steve Bullock, tries to stop the supreme court rule and the spread of dark money from being applied in the state, the people of Montana find themselves at the forefront of the fight. Please join us online on November 4th at 6:30 PM PST for a screening of the film followed by a community discussion with guest speaker Cindy Black.

Register to get the Zoom link to attend: https://www.eventbrite.com/e/dark-money-online-screening-tickets-449130921677?utm-campaign=social&utm-content=attendeeshare&utm-medium=discovery&utm-term=listing&utm-source=cp&aff=escb

Cost: Screenings are free; We gratefully accept donations to help offset the costs of presenting the films we screen.

About Our Guest Speaker: 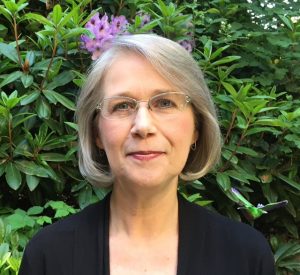 Cindy Black has been the Executive Director of Fix Democracy First since 2016. She was also the Campaign Director for WAmend’s successful statewide 2016 ballot Initiative 735 campaign, making Washington the 18th State to call for a U.S. Constitutional amendment to end court decisions like Citizens United. She is active with several state and national coalitions, addressing voting access, money in elections, alternative voting systems, and increasing civic participation. Cindy is committed to helping pass pro-democracy legislation locally and nationally, as well as building an active citizen’s movement through ongoing coalition building, common sense reforms, and public outreach. 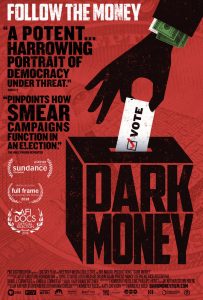 Something went wrong when getting the coordinates for "on line" from the Google Maps Geocaching API. Please try again.