The 2022 Meaningful Movies Project Awards Celebration is just around the corner, and we hope to see you there! Join us virtually for a night of fun and celebration, as we raise a toast to honor filmmakers, organizations and individuals who have made it possible for Meaningful Movies Project to continue doing amazing work in communities throughout the Pacific Northwest and beyond.

Meaningful Movies Project Manager, Melinda Raebyne, will be your host for the evening along with co-host, Lavinda Lyfe. They will be joined by special guests; spoken word artist Sharon Williams and we’ll be treated to a musical performance by Dain Norman. There will be an after-party where guests can meet and greet filmmakers and artists. And everyone who attends will receive some E-SWAG!!!

Breaking news! A very special guest will join us! Enrique Cerna will be there, too. He  is a veteran journalist who has worked in Seattle media for 47 years. Cerna worked for 23 years at Cascade Public Media’s KCTS 9 and retired in February 2018 from his role as senior correspondent. Prior to joining KCTS in 1995, he worked as a reporter, producer and host for KOMO Radio and Television and KING Television.

At KCTS 9, Cerna produced and hosted award-winning current affairs programs and documentaries. He reported stories for national PBS programs, provided election analysis for the PBS NewsHour, moderated U.S. Senate, Congressional, Gubernatorial, and Mayoral
debates. In addition, he produced and reported documentaries covering critical social justice issues, the environment, and immigration. In addition, he documented the history and contributions of Latinos in Washington State.

Cerna has earned ten Northwest regional Emmy awards. In May, he was inducted into the Hall of Achievement at Washington State University’s Edward R. Murrow College of Communication. He also serves on the WSU Board of Regents. 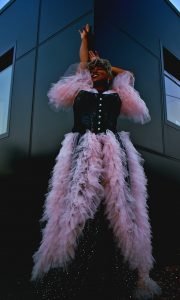 Meet Lavinda Lyfe!!! The princess of the Puget sound, the Tacoma temptress, and voted Spanaway’s most talented drag queen on 152nd and Pacific Ave. Drag host extraordinaire, MC, dance parties, film, print, events on events on EVENTS!!!! Able to entertain kids in diapers, adults in diapers, and everyone in between. 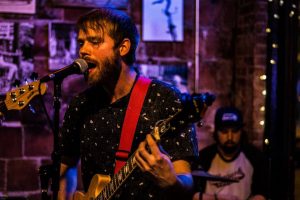 Dain Norman: Singer/songwriter, multi-instrumentalist, and audio producer. His songs can be heard on the radio in Washington, Europe and Australia. In 2013 Dain arrived in the PNW with only $15, he lived in his car and street-performed to get by. Since its founding in 2015, Norman’s Tacoma-based band The Chrysalis Effect has released its full album “Lantern” and toured throughout Washington and Oregon. They are working on their second album, Shades of Blue.

What better occasion to finally wear a party outfit without an elastic waistband! Tickets are FREE, and all donations are used to help keep our organization running – supporting our existing venues and welcoming new ones.

This is an ONLINE event. Join us by using the Zoom link that will be provided once you register!

Inspiring the change our world needs through the power of film and community conversations.

Something went wrong when getting the coordinates for "on line" from the Google Maps Geocaching API. Please try again.